It’s hard to find someone who doesn’t want to visit—and revisit—Hawai‘i. The reason: Hawai‘i no ka `oi (Hawai‘i is the very best).

Hawai‘i regularly places at or near the top in dozens of surveys and categories: climate, beaches, surfing, windsurfing, weddings and honeymoons, diving, golf, resorts, and, of course, sunsets.

The ancient Hawaiians chronicled their history in fine detail and wove it into their song-like chants. Here’s what those chants tell us.

1,500 years ago, no one knew Hawai‘i was there. It sat in the middle of the Pacific, isolated and alone, thousands of miles from any inhabited place. But, strangely, the people of the Marquesas Islands, a full 2,000 miles to the south, told stories of a land to the north. They called it Hawai‘i.

How could they know it was there? That remains a mystery. But nonetheless a group of them sailed northward in huge, double-hulled canoes and found it. On one of the excursions you can pass near the exact spot where the Marquesans landed: at the very southern tip of the Big Island of Hawai‘i (AKA Hawai‘i, since it was the first island they discovered and named).

A second migration occurred about 600 years later. These were the Tahitians, who conquered the original inhabitants and set up an elaborate set of rules and taboos to govern their lives.

It was the descendants of these people who greeted “discoverer” British Captain, James Cook, thinking he was a god until an angry dispute occurred. The Hawaiians killed Captain Cook and several of his crew. In that crowd of natives was a young warrior, Kamehameha.

Some time later, Kamehameha became king and, through both warfare and diplomacy, united the islands under one rule—his. Soon, though, American whalers, missionaries and plantation owners began to exert a powerful influence on Hawai‘i. In 1898, the Hawaiian monarchy was overthrown by a group of these Americans—their actions are still controversial.

Even then, U.S. President Grover Cleveland said the takeover had been illegal. But a distant war was soon brewing, the military needed Hawai‘i for its strategic location, a new president was elected and so the issue was conveniently forgotten. Hawai‘i became a U.S. territory. In 1959 it became a state.

Why all this history? Simple: The Hawai‘i of today is a clear-cut product of its past, a mirror to its history. The more you understand Hawai‘i’s legacy, the more you can appreciate all that Hawai‘i has to offer.

The NCL team of on board “Hawai’i Ambassadors” offers accurate, in-depth lectures throughout the cruise. Among their topics: Local Hawaiian arts & crafts classes, lei making, Hula and Tahitian dance lessons, Hawai‘i’s mythology and legends, the migrating whales, whose path takes them past the islands (especially near Maui) and the Hawaiian language (which, unlike most languages, has far more vowels than consonants).

Many of the NCL Hawaiian Ambassadors working aboard Pride of America were born and raised in the Hawaiian Islands, bringing an aura of authenticity and reality to your experience. Hawai‘i isn’t just some abstract place. It’s real, and these are some of the people who make it so.

How many islands make up Hawai‘i? Would you believe 132 islands are part of this state!

Most of these are small, uninhabited reefs, shoals and atolls that stretch northwestward for 1,500 miles. However the cluster of larger islands at the southeastern end of the Hawai‘i island chain: Kaua‘i [kah-wah-ee], O‘ahu [o-ah-hoo], Moloka‘i [moh-loh-kah-ee], Lāna‘i [lah-nah-ee], Maui [maw-ee] and Hawai‘i (also known as Hawai‘i’s Big Island) are the islands mostly visited. O‘ahu, Kaua‘i, Maui and Hawai‘i are the four islands with the most visitors and therefore infrastructure.

The Hawaiian Culture is vibrant and has been passed down from generations. Here are three things you should know:

Hawai‘i is popular for very many reasons. Here’s a list of 10 factors that may resonate with you on why you would want to visit this island paradise: 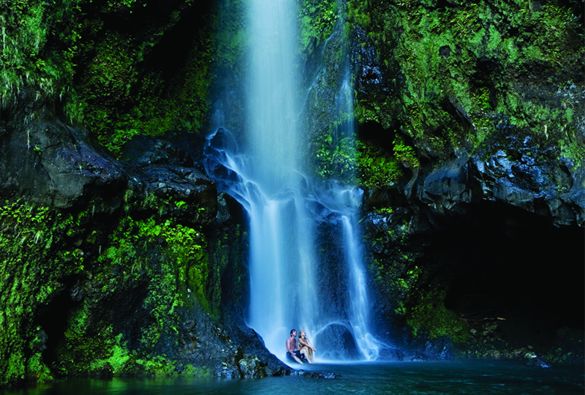 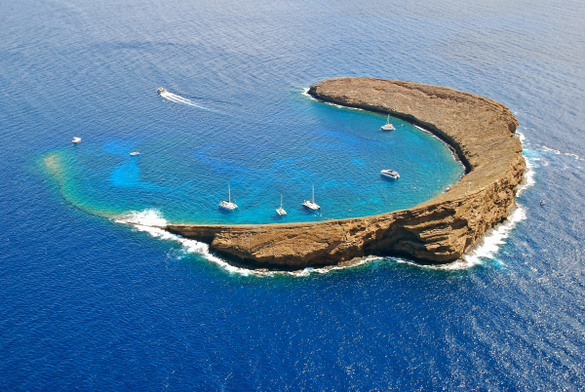 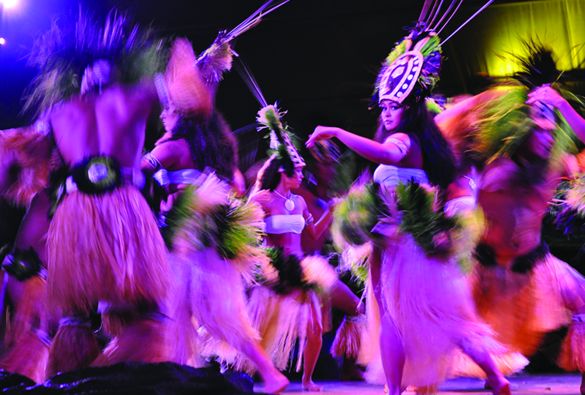 Honolulu, is Hawai‘i’s capital and biggest city. Most flights from the mainland to Hawai‘i land at Honolulu International Airport. NCL's Pride of America docks near the Aloha Tower, a legendary structure that has welcomed cruise guests since 1926. Among O‘ahu’s highlights: Pearl Harbor and the USS Missouri, the North Shore (known for huge waves and prime surfing), Diamond Head Crater, Sea Life Park, the Polynesian Cultural Center and the Ko‘olau Golf Club, located beneath the towering Pali cliffs, with views of the azure Pacific waters off O‘ahu’s windward coast.

Maui is Hawai‘i’s second most popular island to visit, in part because of its varied, dramatic landscapes, its first-rate attractions and its many recreational activities. Haleakalā Mountain is a massive volcano that towers over Maui’s southern half. Its crater is so big it could contain Manhattan. Hāna is a picturesque town. But getting to Hāna is the real attraction. The Road to Hāna is a vine-lined, waterfall-draped, twisting tropical road. And Lahaina is the atmospheric town that once was the destination of whalers from Mystic (Connecticut), Nantucket and New Bedford (Massachusetts), which explains the New England-style architecture here. Maui also offers many opportunities for golf, bicycling, diving, hiking and whale-watching. Indeed, the waters off Maui may be the best whale-watching spot in the world.

If you love to snorkel you will want to go to Molokini, a crescent moon-shaped islet located less than three miles off Maui's southern coast. It is all that remains above water of a volcanic crater that resulted from an eruption some 200,000 years ago. This area is recognized as a top snorkel site and home to more than 250 species of fish. Weather permitting you may be able to make a second stop to swim and snorkel at Turtle Arches and swim with the Hawaiian green sea turtles.

The Big Island of Hawai‘i is so biggest of all the Hawaiian islands and is still growing!

Hilo, closest to Hawai‘i Volcanoes National Park, and Kona, strategic to Hawai‘i’s leeward western shore. A place of rolling, grassy hills, lush forests, black-sand beaches and moonlike lava fields (the astronauts trained here), and the three well-known volcanoes: snow-topped Mauna Kea, brooding Mauna Loa and Kīlauea. This entire area – called Hawai‘i Volcanoes National Park – offers a unique and thrilling experience. Kīlauea Volcano has been steadily and safely erupting (with varying degrees of output) for decades. The recently cooled lava here represents some of the newest land on earth. To visit it is a once-in-a-lifetime experience and offers visitors an insight into the origins of these spectacular islands.

Most agree: Kaua‘i is the closest of any island in the Hawaiian chain to a tropical paradise. And it has some dramatic attractions: Waimea Canyon, the “Grand Canyon of the Pacific”; the Fern Grotto, which seems straight out of a tropical fantasy; and Hanalei Bay, the setting of the classic movie South Pacific. (Jurassic Park, King Kong and many other movies were filmed here, too.) Golf, surfing, ziplining, hiking, diving, snorkeling—they’re all popular attractions on Kaua‘i.